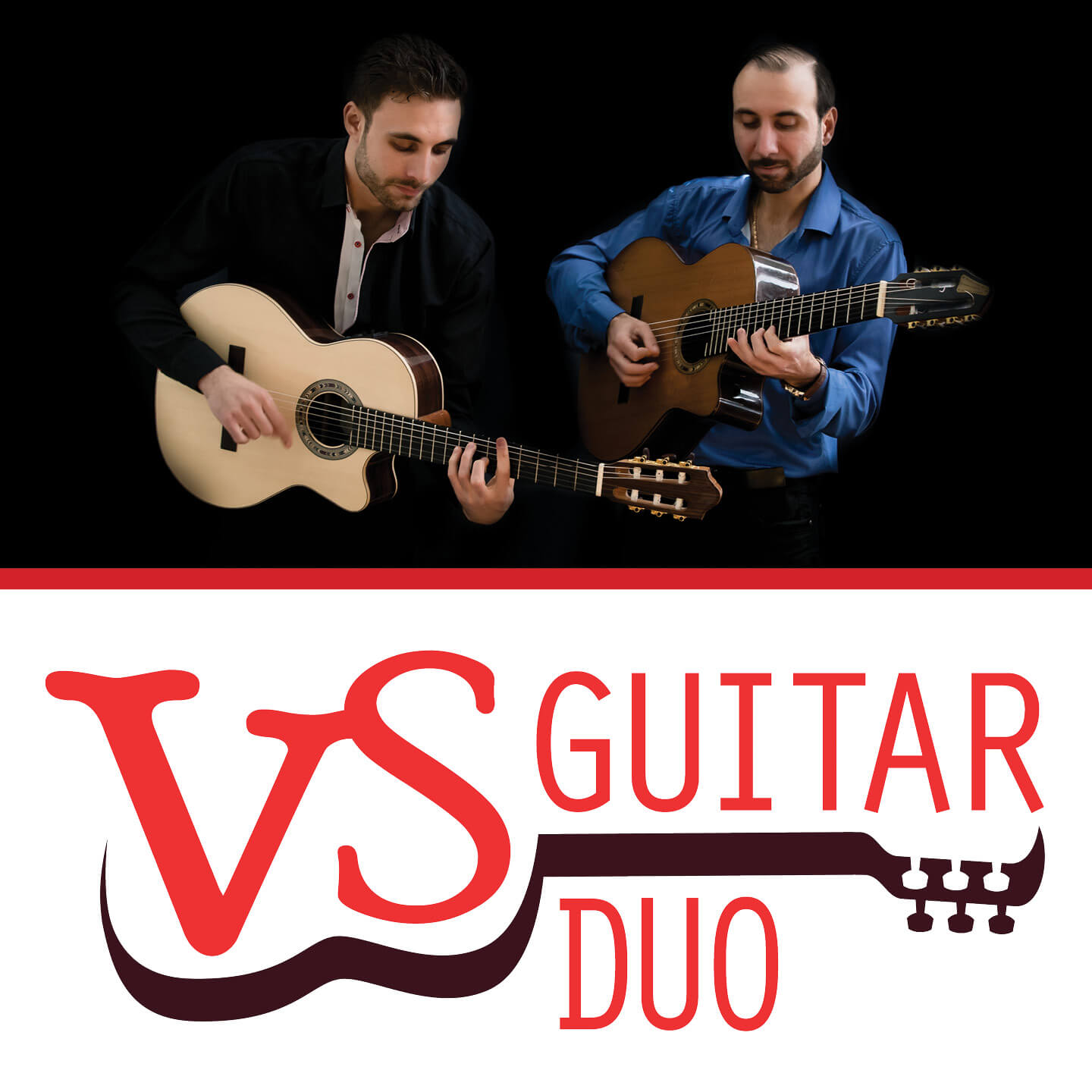 VS Guitar Duo is a unique duet consisting of Vadim Kolpakov, the famous seven-string guitarist and special guest artist of Madonna’s “Sticky & Sweet" world tour, along with his nephew, virtuoso Sasha Kolpakov. These two musicians continue the tradition of the famous Kolpakov family’s Russian-Gypsy artistic dynasty, which is already in the third generation.

Vadim and Sasha Kolpakov unite music from different parts of the world and conquer the hearts of audiences with incendiary melodies and dances that originated centuries ago in the Romani camps of Russia and Europe.

The VS Guitar Duo program combines music from different parts of the world, including Romani (Gypsy) music, American Jazz, Latin, and Spanish Flamenco.

The VS Guitar Duo play concerts all over the world with invariable success. Their colorful performances delight spectators with a unique combination of Roma-Gypsy traditions and modern sound.
They have performed extensively in the US, Canada, Europe, Russia and Singapore. The VS Guitar Duo always gets a great response and standing ovations.

The musicians are permanent residents of the largest music festivals in the U.S., such as Tosco Music Party, Gypsy Fest Drom, and Iargus. They have collaborated with the Musical Connection production company and the Charlotte Ballet. The duo was invited as special guests for performances at international radio stations, including Radio VERA (Canada), The END Radio (USA), KBOO Community Radio (USA), and others.

In March 2017, the VS Guitar Duo released a debut album titled "Under Cover," which collected the best world hits in their own interpretation. The CD sells with great success internationally.